Consider Instagram hashtags. When someone uploads a photograph to the Facebook-owned platform, they can add a hashtag. That could be something like #love, #fashion, or #photooftheday—those were the top three hashtags of last year. While those tags illustrate abstract concepts, there are plenty of more concrete descriptors our there, like #brownbear, which, unsurprisingly, is full of ursine pics.

This is an interesting choice to make but can be somewhat suspicious.

The Institute of Mechanics at the Chinese Academy of Sciences is building a factory for the commercial production of hypersonic engines, a game-changing technology with both military and civilian applications.

The institute’s scramjet lead scientist, Fan Xuejun, told the South China Morning Post that the factory in Hefei, Anhui Province, would make a wide range of hypersonic engines, and that the state-owned enterprise in charge of the operation will be eventually open up to private investors.

I feel that China’s research is interesting and has more to be desired but needs to be somewhat monitored.

first discovered what a mental model was and how useful the right one could be while I was reading a story about Richard Feynman, the famous physicist. Feynman received his undergraduate degree from MIT and his Ph.D. from Princeton. During that time, he developed a reputation for waltzing into the math department and solving problems that the brilliant Ph.D. students couldn’t solve.

When people asked how he did it, Feynman claimed that his secret weapon was not his intelligence, but rather a strategy he learned in high school. According to Feynman, his high school physics teacher asked him to stay after class one day and gave him a challenge.

Interesting way to change how we think.

Right now, my house is like a party for smart assistants. There are Google Home devices all over the place, a couple Amazon Echoes with Alexa thrown around, and even a Cortana in the kitchen. Shouting a “trigger phrase” in my home sometimes causes a cacophony of responses from every room. Siri, however, showed up fashionably late to the party in the form of the HomePod, which was originally scheduled for release at the end of 2017, but came strolling in here in 2018.

The first wave of reviews rolled around and confirmed what most people suspected since its announcement: The HomePod is a great machine for music, but its streaming compatibility is too narrow and its smart home capabilities are too limited to compete with Google and Amazon who have headstarts measured in years.

This is a neat kind of feature almost and shows a more advanced kind of technology in store for the future.

U.S. businesses use about 21 million tons (19 million metric tons) of paper every year — 175 pounds of paper for each American, according to the Clean Air Council. This has led to office recycling programs, “please think before you print” e-mail signatures and printers that offer double-sided printing. Now a trio of Chinese inventors hopes to add another device to the cubicle environment: the P&P Office Waste Paper Processor, which turns paper destined for recycling into pencils. The machine, looking a bit like a three-hole punch crossed with an electric pencil sharpener, was a finalist in the 2010 Lite-On Awards, an international competition that seeks to stimulate and nurture innovation.

Here’s how the pencil-making gadget works: You insert wastepaper into a feed slot. The machine draws the paper in, rolls and compresses it, and then inserts a piece of lead from a storage chamber located in the top of the device. A small amount of glue is added before — voilà — a pencil slides out from a hole on the side. It’s not clear how many pieces of paper form a single pencil, but you figure the average office worker could generate a decent supply of pencils in a month.

This is a great idea and could help the environment and help bigger businesses or everyday people.

“A new material inspired by mussels is flexing its muscles. It can stretch without snapping and repair its own molecular bonds, so it could be useful in robot joints that lift heavy objects, or for packaging to protect delicate cargo from accidental falls.

Mussels and some other molluscs hang onto solid surfaces using an adhesive protein and tough, plasticky fibres, which are extremely strong and can repair themselves when a few molecular bonds within them are broken. For a mussel, these stretchy yet strong fibres come in handy when a wave hits.”

I think this is a cool idea and could work greatly with other types of material and could be a great invention.

Quote From the Website: “The car, which was designed and built by engineering students from the University of New South Wales (UNSW), departed Sydney, Australia, on Sept. 20 and will travel about 2,700 miles (4,300 kilometers) to Darwin, on the continent’s northern coast. This scenic route allows the team to test the car, and serves as a regional outreach tour, introducing their fellow highway drivers to the car’s futuristic design.”

I agree with this technology as it uses renewable resources to power something that we use in our everyday lives, a vehicle. 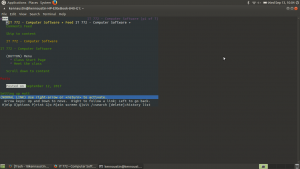 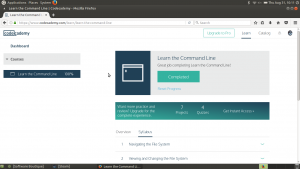 This is m Codecademy progress.

Welcome to KCS Blogs. This is your first post. Edit or delete it, then start blogging!